Spanish is easier to learn than other languages for English speakers. Here are 4 reasons why you want to give it a go and start learning Spanish. 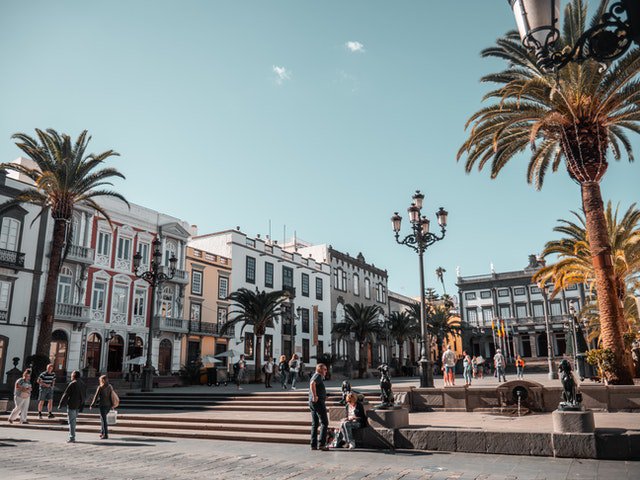 You already have most of the vocabulary

According to linguists, 30% to 40% of all Spanish words have an English cognate. It means that you probably already know a big chunk of the vocabulary. Some of those words might sound quite different from English, but when reading texts in Spanish, you realise that a lot of them can easily be guessed.

Let's take this example from the first line of Wikipedia's page about Madrid:

For most words, you can probably guess their meaning by trying to associate them to a similar-looking english word:

The translation of the sentence would be:

Madrid is a municipality and a city in Spain. The locality, historically categorised as a city, is the capital of the state and the community of Madrid.

You pronounce every letter (except "H")

This is a huge one! Unlike French which has a lot of silent letters, in Spanish you will pronounce every single letter. It makes reading and writing a lot easier. The spelling is also very regular, and although different accents will have variations in the ways they pronounce some of the sounds, the pronunciation will still be consistent.

For instance the double L (LL) can be pronounced "Sh", "Ye", or "Je" depending on the country/region.

Plenty of opportunities to practice

Spanish is a language spoken by about 500 million people. It is the primary language in 20 countries worldwide. Even in the United States, there are about 50 million Spanish speakers (yes, more than the population of Spain).

In London, you can find big Spanish speaking communities towards the south-east of the city (Elephant and Castle, as well as Old Kent road). There are many Latin American restaurants (Bolivian, Peruvian, Ecuadorian, Colombian...), and you can enjoy exotic delicacies that cannot be encountered anywhere else in the city. When visiting those places, expect to speak Spanish!

A diverse culture to satisfy anyone

Although unified by a common language, it would be a mistake to say that there is a single "Spanish culture". With Spanish-speaking countries in Europe, America, and even Africa, you will find a large amount of diversity. I find this extremely useful when learning a new language. After all, speaking a language is not an end in itself. Ultimately we want to be able to communicate with people, live through various experiences, be creative in a foreign environment, or discover something new. What I sometimes find when trying to learn new languages, is that after a while it becomes difficult to find stimulating content. This is definitely not the case with Spanish.

Film, music, literature... cultural contributions by Spanish speaking creators is huge, and you will always find something which fits your interests. For my part, I am an avid rock listener, and I can find my share of music amongst Argentinian, Mexican or Spanish charts. There is also a huge amount of TV shows, Mexico and Spain have a very active creative scene.